When a sudden and mysterious fire wipes out the Hill Stable-- the last public horse stable in South Central, Los Angeles--a culture of urban cowboys come under threat.  This western-documentary follows the life and struggles of three inner-city cowboys and the line they must walk between the gang-filled streets of LA and the path of an American Black cowboy.

Sign Up to our
Newsletter
Thank you! Your submission has been received!
Oops! Something went wrong while submitting the form.

Five miles south of downtown Los Angeles is a place that was, until recent years, known as the murder capital of the world. For most, South Central LA is synonymous with gang violence, drug trafficking, and high amounts of crime. Yet for much of the twentieth century South Central LA was an agricultural boomtown filled with ranchers, farmers, and equestrians alike. Since the city’s establishment, Compton and the surrounding neighborhoods have always had a culture of  Cowboys. Once common to the dusty dirt roads, this culture has all but disappeared now in a wash of land-hungry developers, apathetic politicians, and relentless gang activity.  Fire on the Hill tells the story of the South Central and Compton Cowboys and the last strongholds that they have; a horse stable known as the Hill that was mysteriously set on fire in 2012.  This is the story of three of those Cowboys and their fight to live out their vision of the West.

Urban Saddles is a non-profit organization created by the South Central Cowboys in collaboration with producers from Fire on the Hill. Its mission is to enhance the quality of life for the youth in urban communities by providing an equestrian based activity center, therapeutic programs, agricultural studies, and anti-gang initiatives.
In 2019, Urban Saddles was founded in South Central, Los Angeles with the hopes of expansion into other urban communities across the United States. To learn more please visit UrbanSaddles.org or click the image below.‍‍ 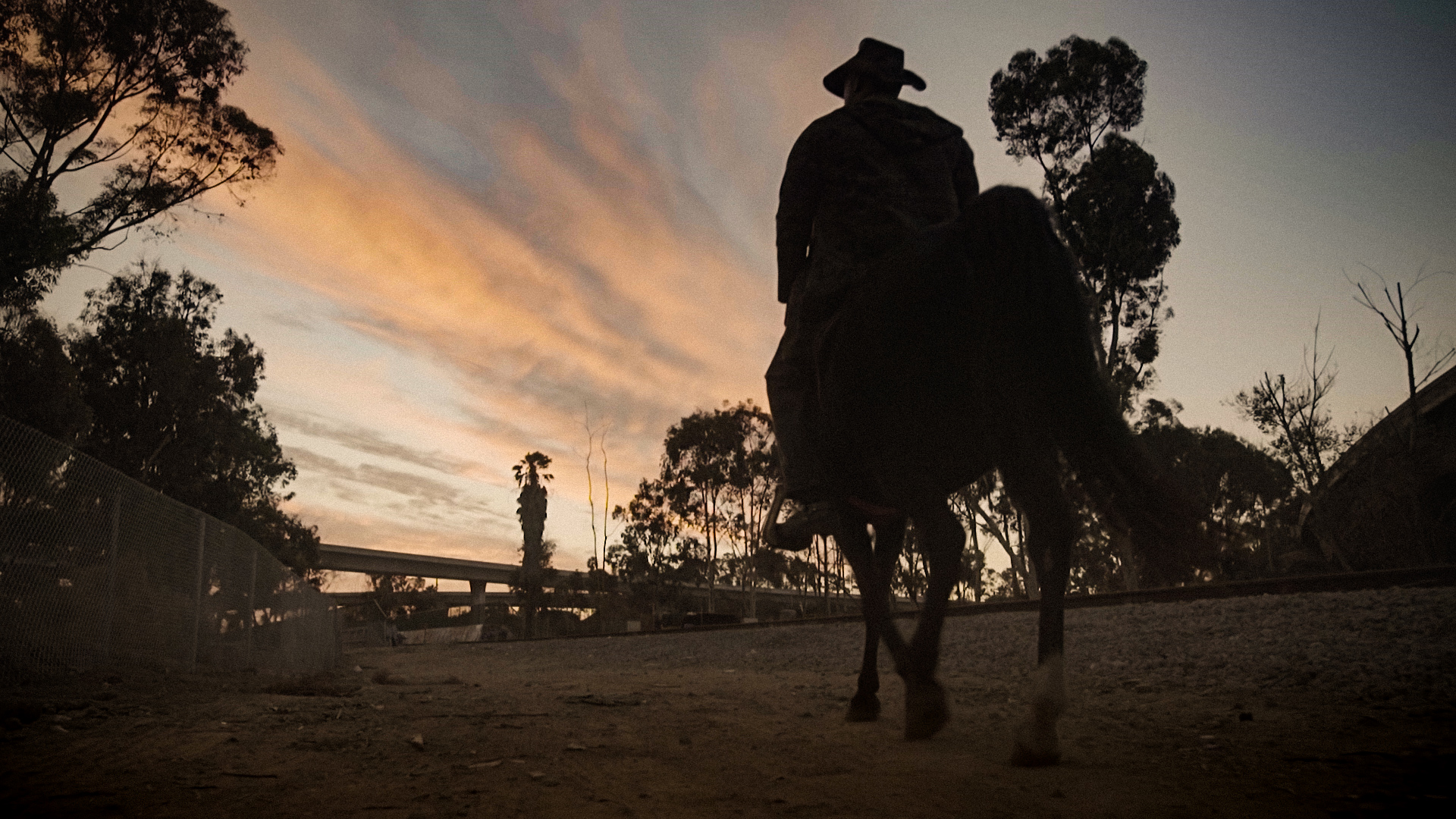 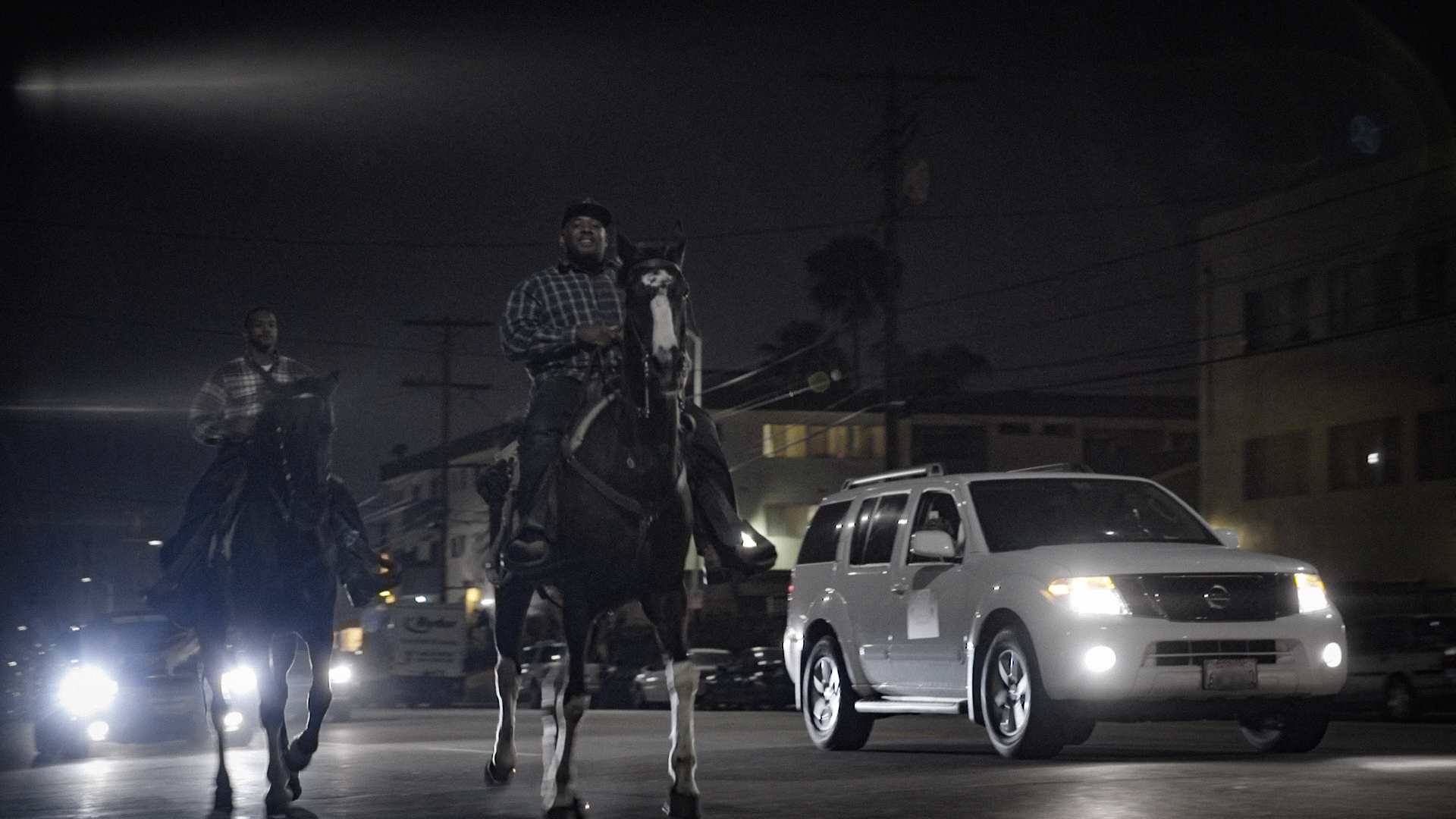 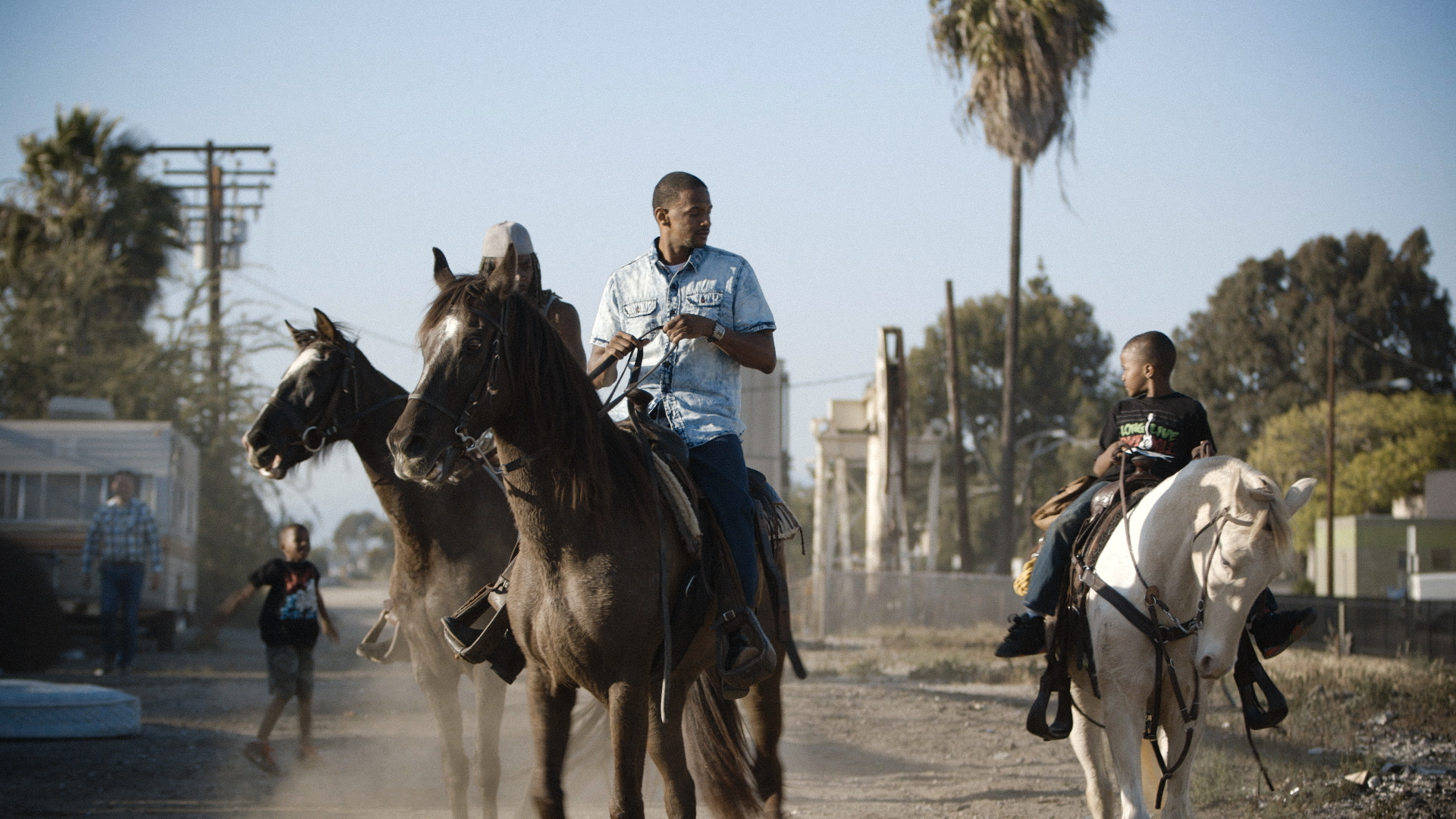 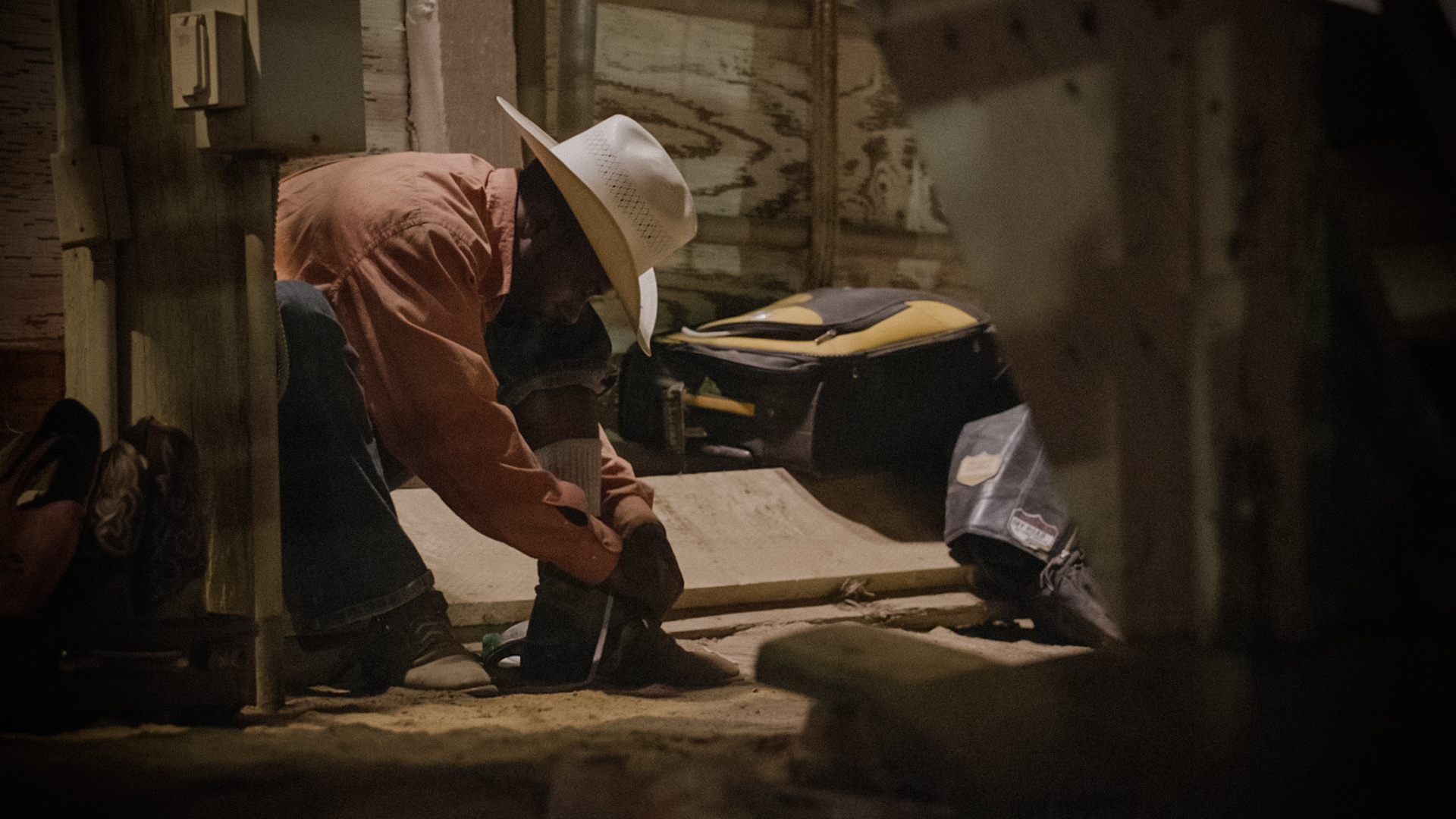 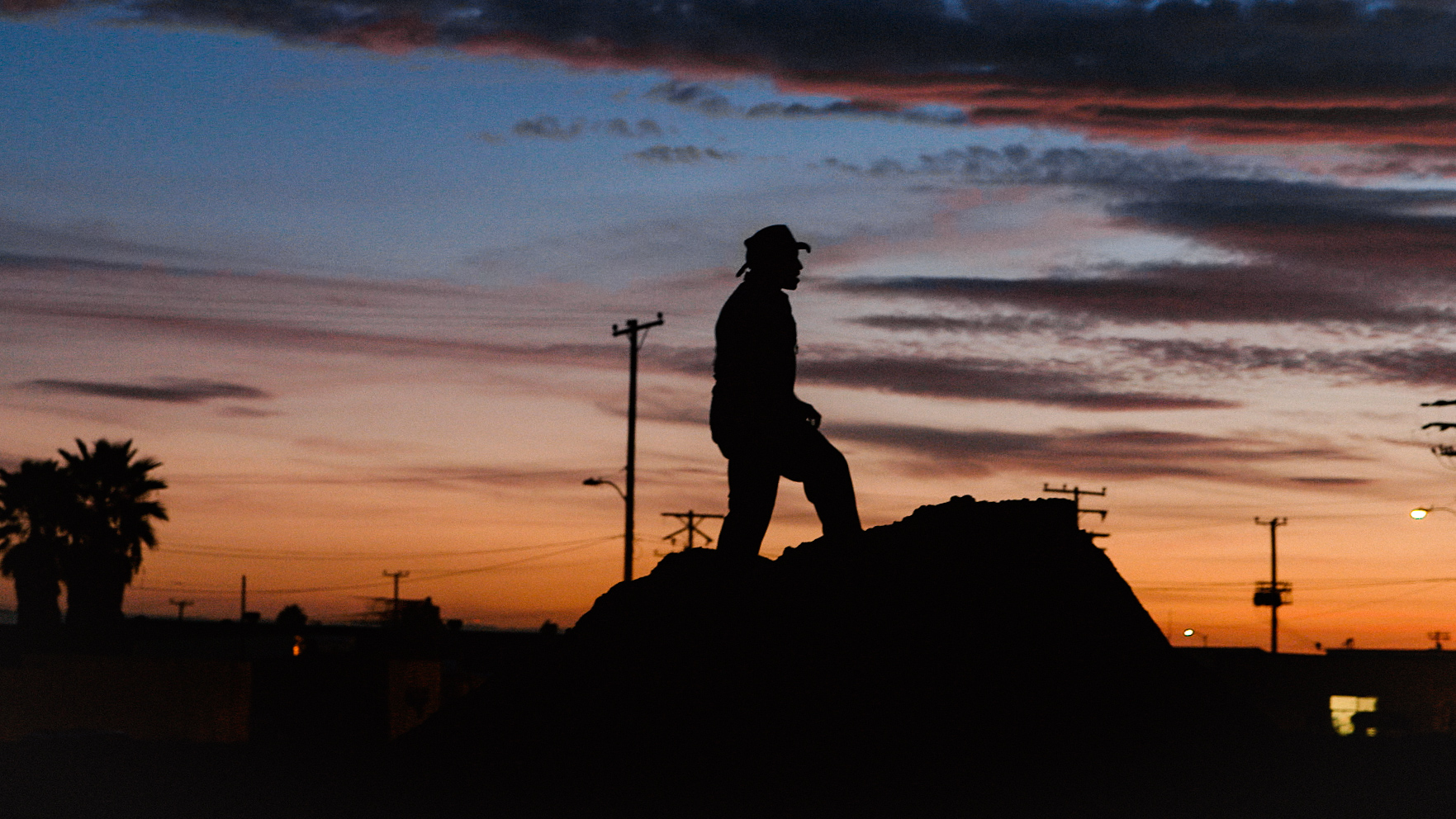 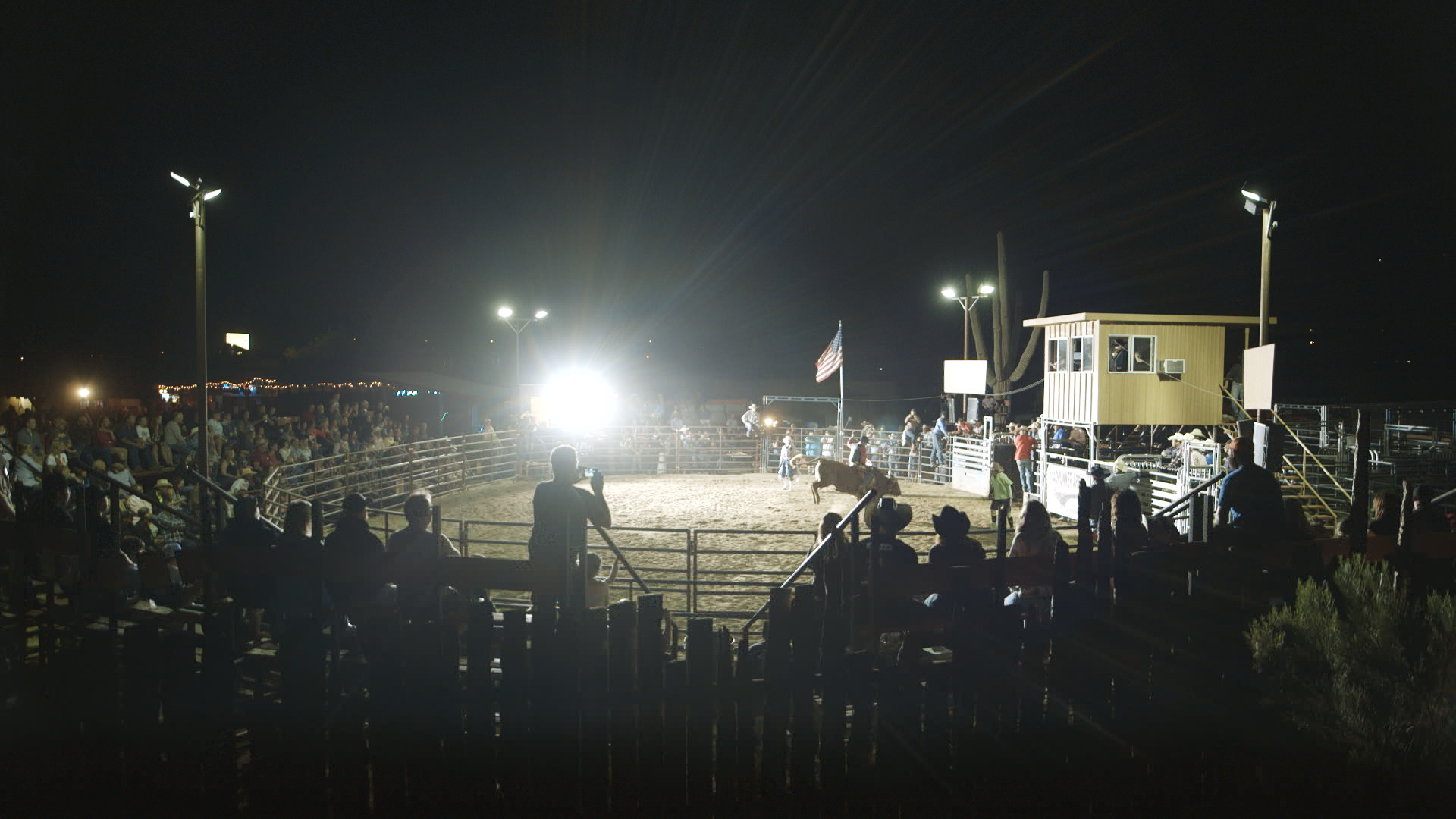 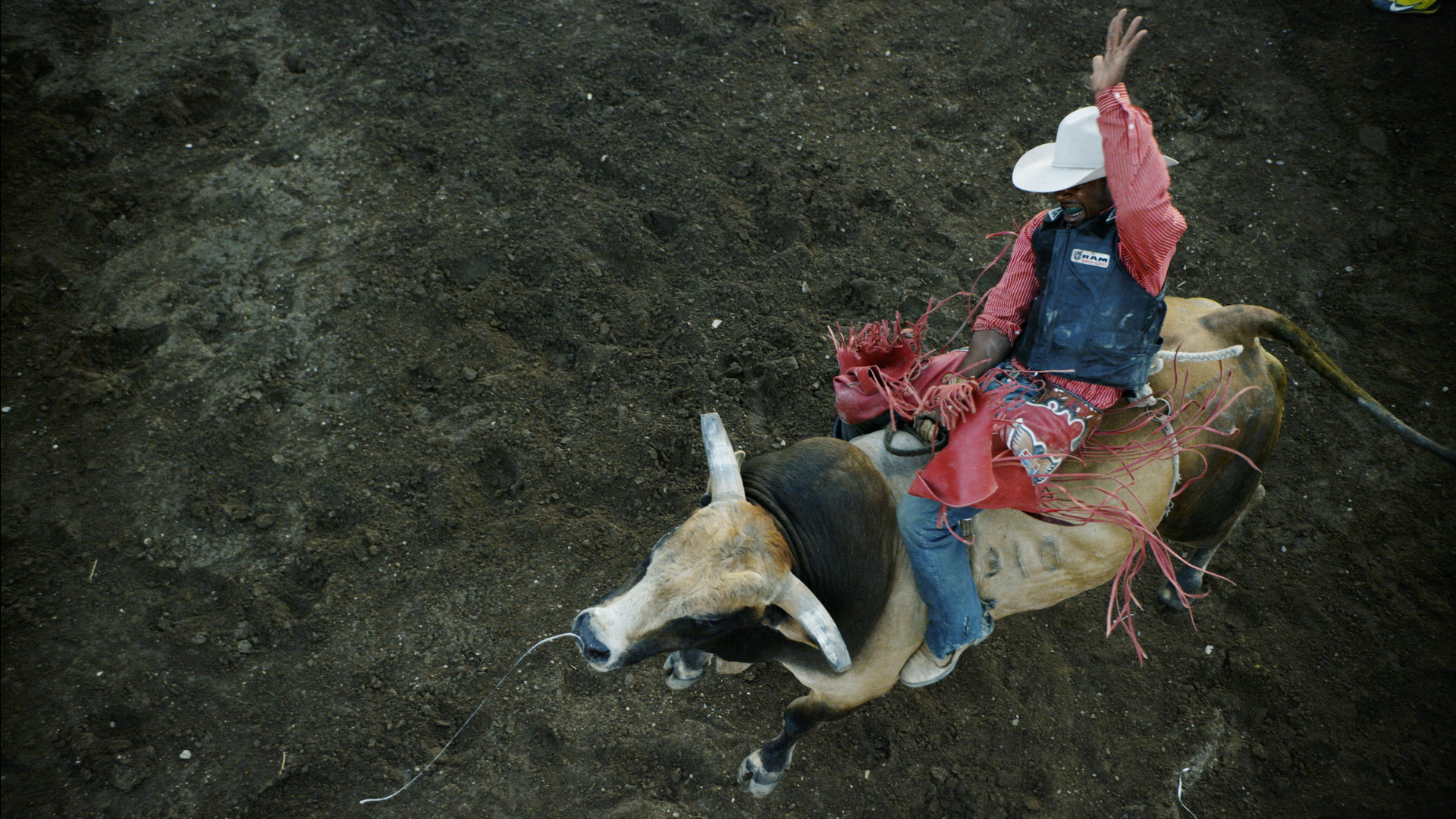 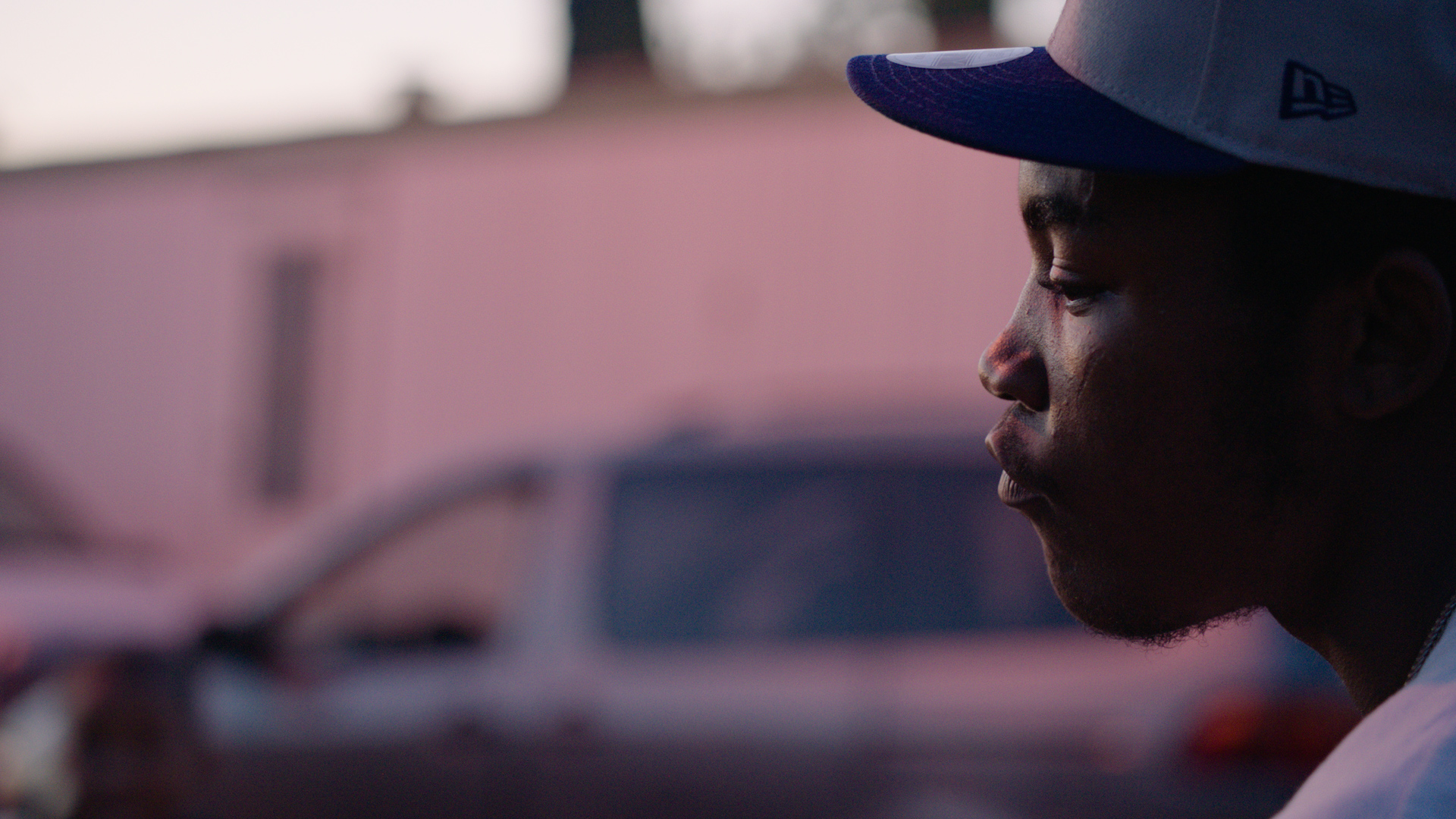 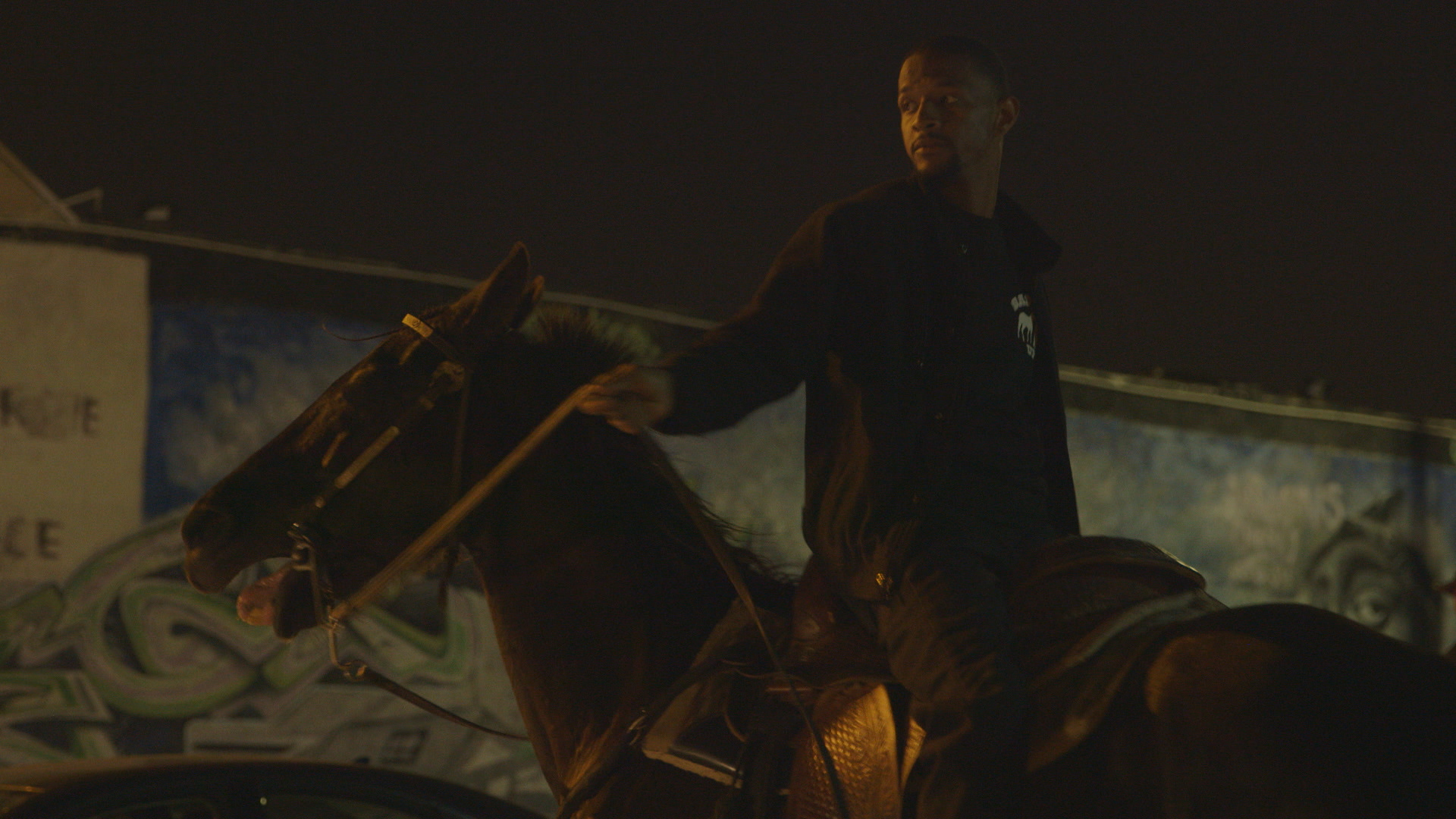 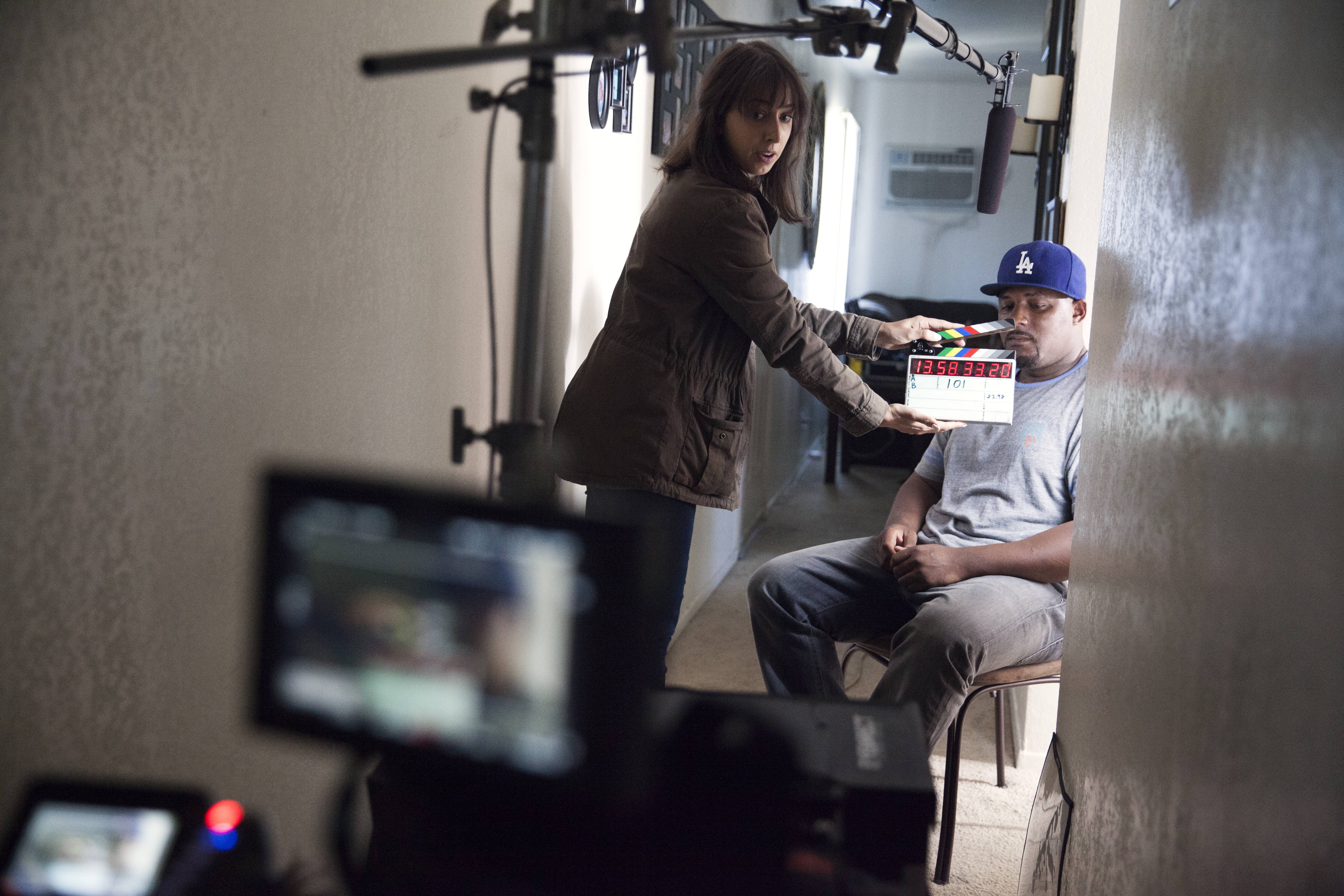 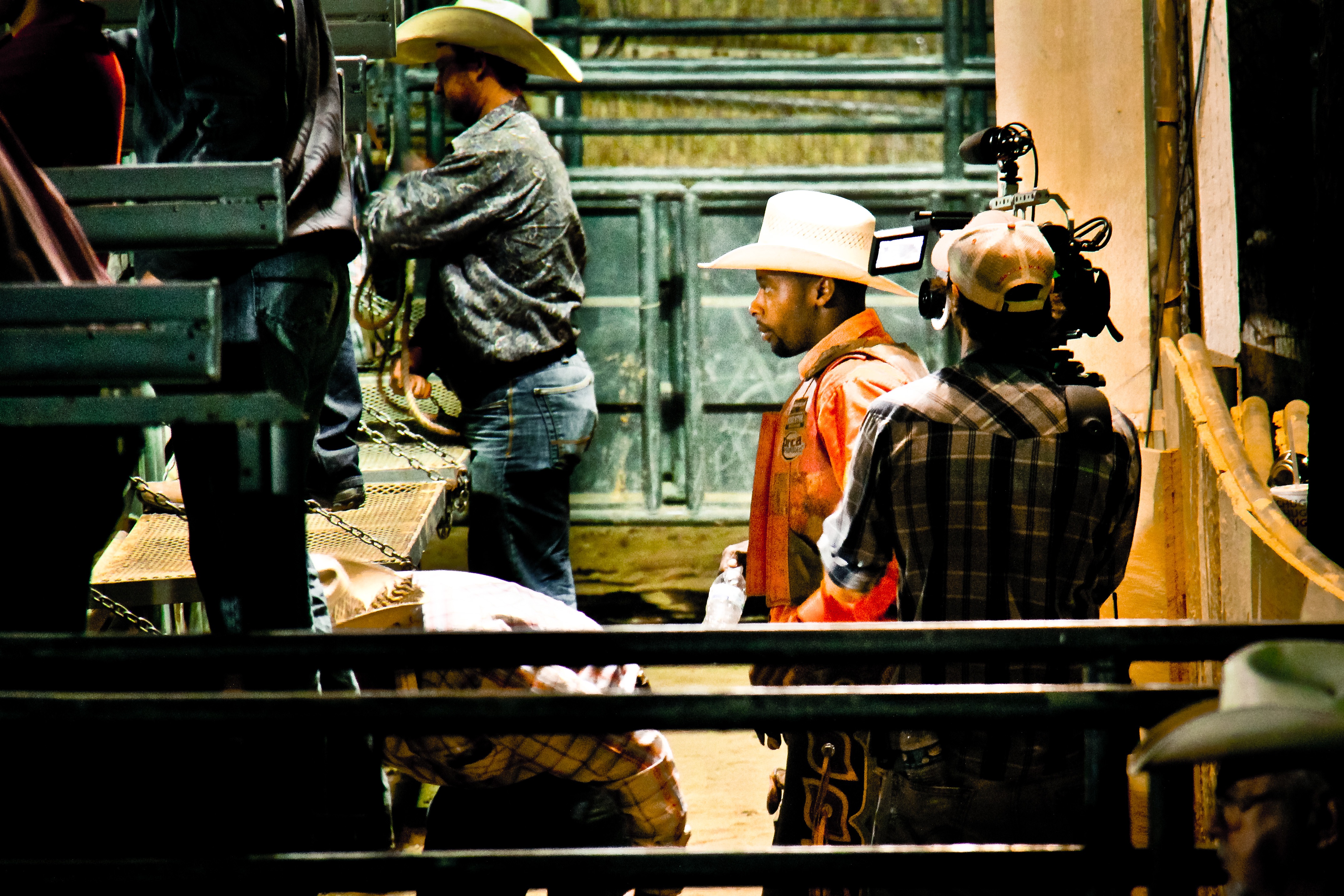 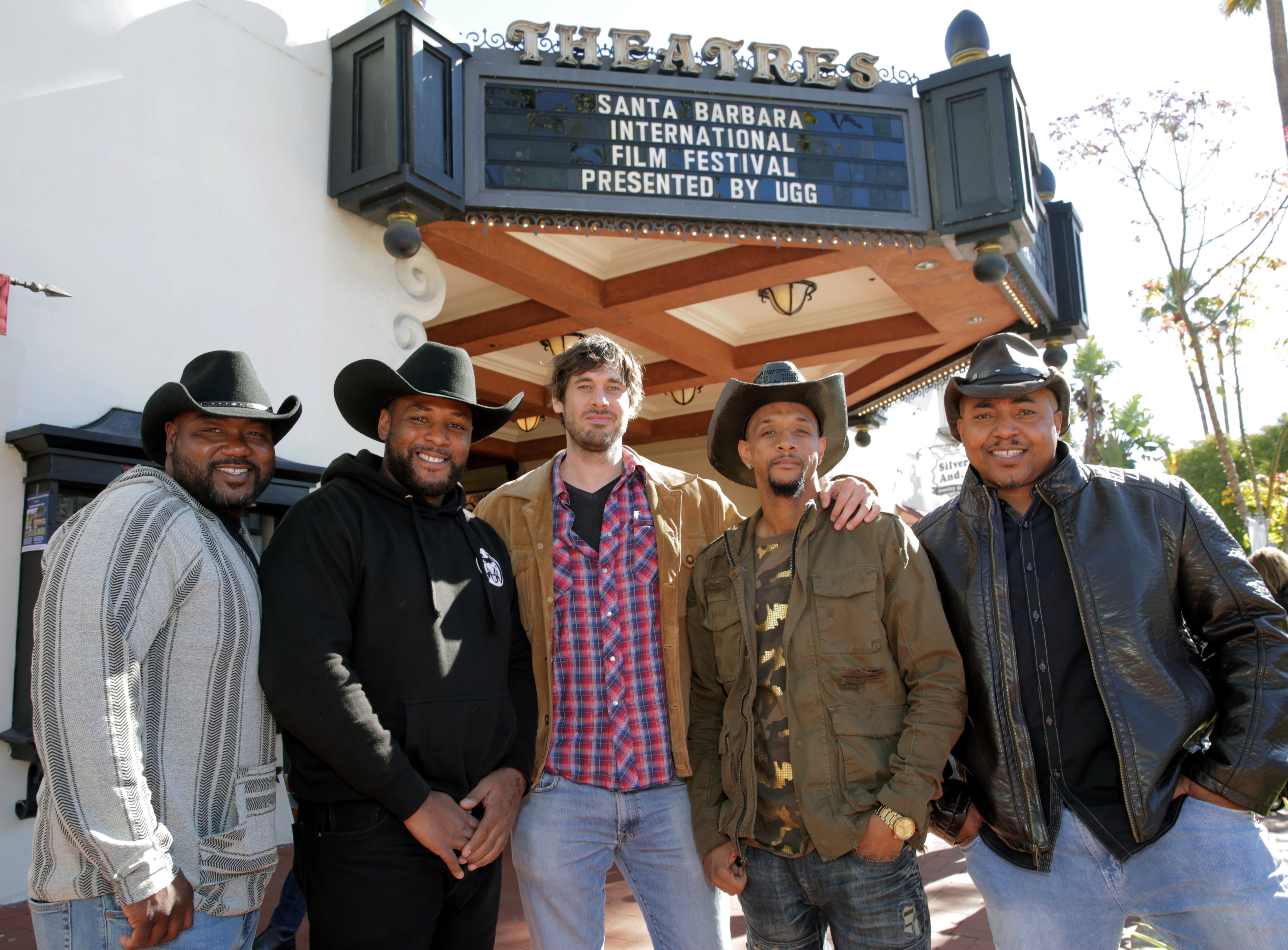 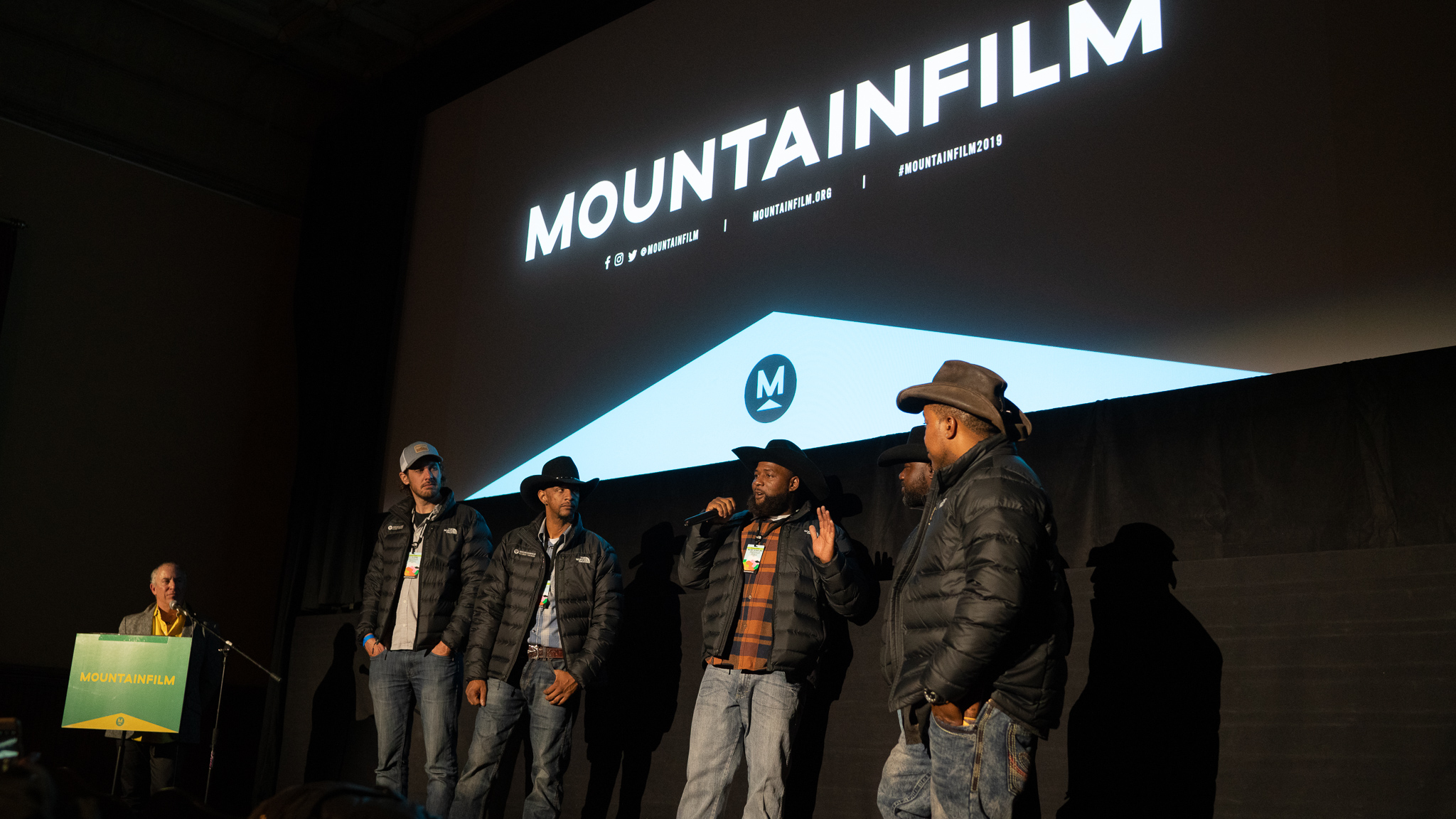 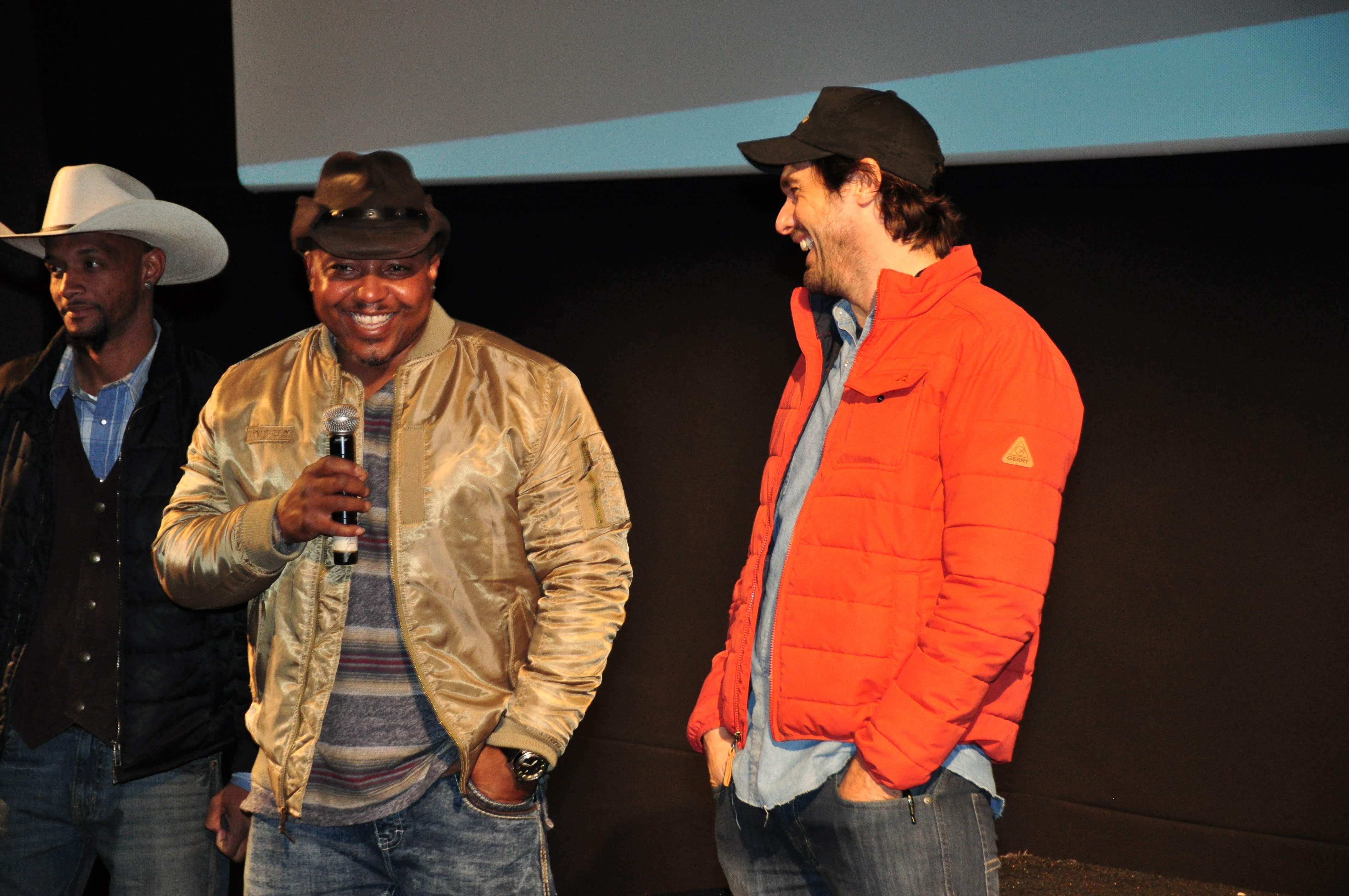 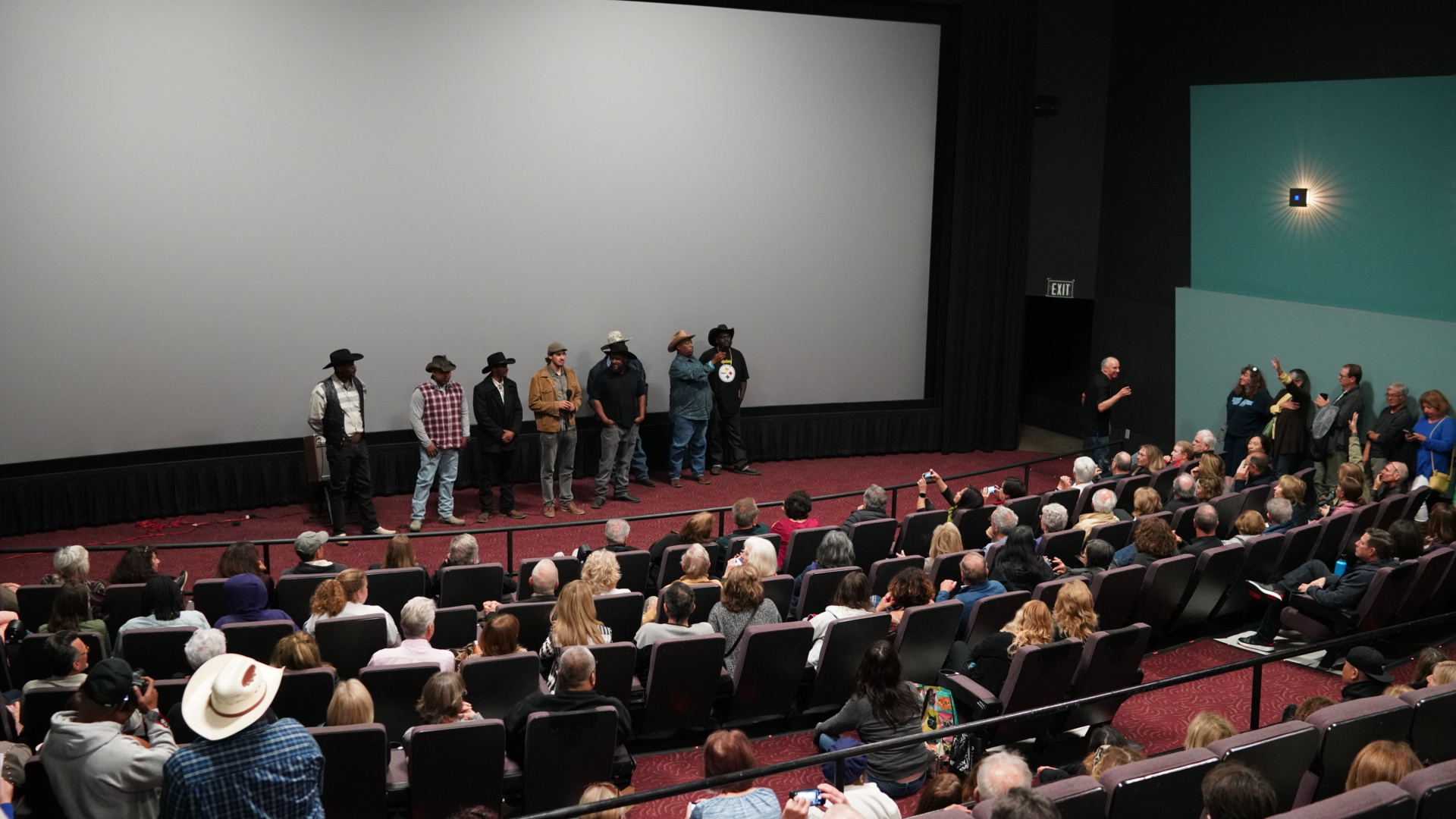 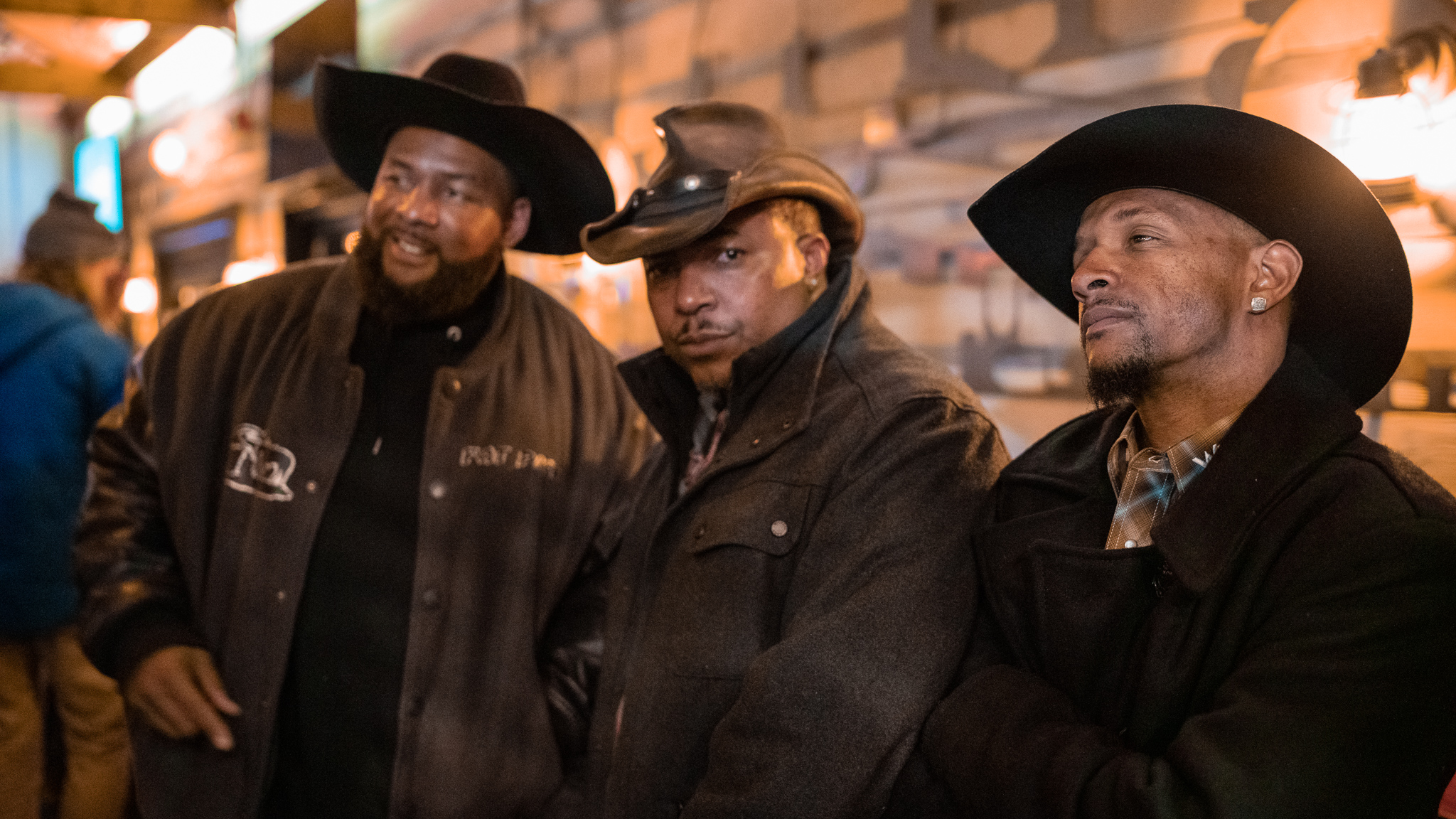 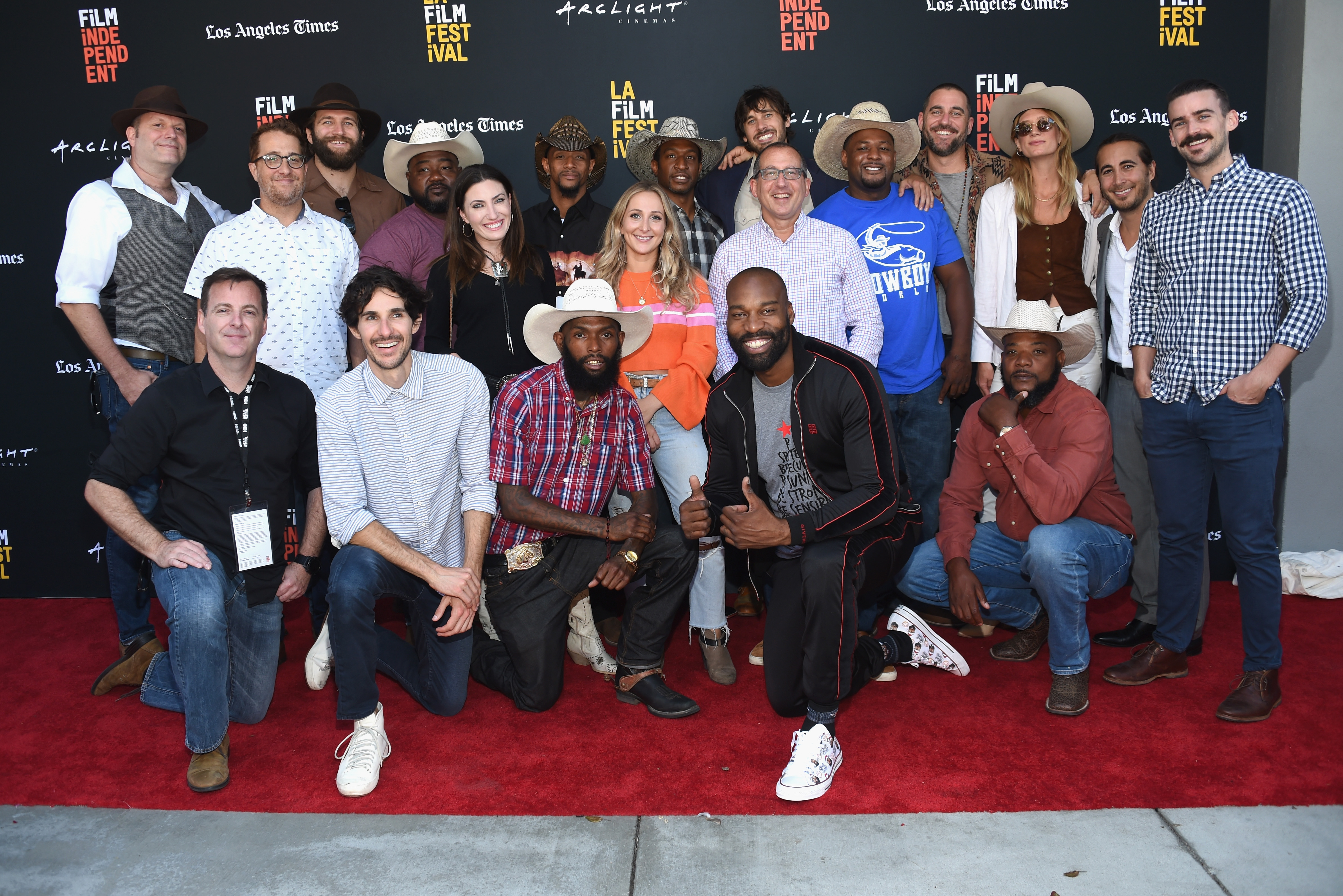 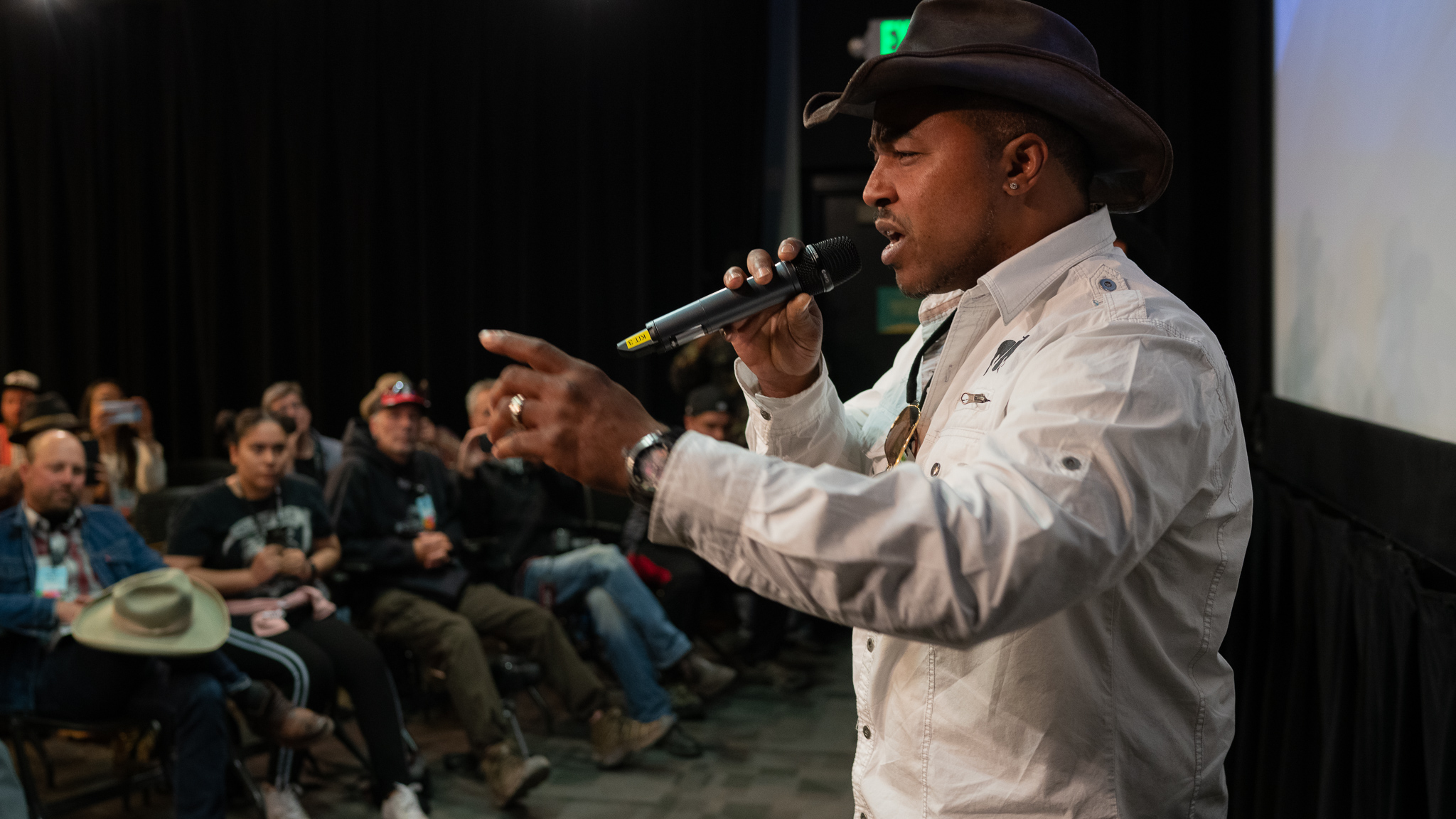 Brett Fallentine is a Los Angeles based filmmaker making his feature directorial debut with FIRE ON THE HILL.  Having began his film career as an apprentice editor to George Lucas on STAR WARS: REVENGE OF THE SITH then later as an assistant editor to James Cameron on AVATAR, he was influenced by films with strong visual design.  After receiving an MFA from USC’s School of Cinematic Arts, he was hired to direct documentary-style commercials for clients such as Pepsi, Google, IBM, and Samsung.  Now in his tenth year as a commercial director, Brett brings his unique style of visually-rich documentary storytelling to the large screen with this film.

Originally from Chicago, IL, Jenna Cedicci moved to Los Angeles to pursue her life-long passion for filmmaking. After graduating from Brooks Institute of Photography with a BA in film, and an emphasis on producing, she moved back to Los Angeles and began producing short films for AFI and USC students. A year out of college, she developed and produced her first feature film, Stacy’s Mom, and successfully saw it through distribution, focusing on a newer platform at the time: VOD and streaming. Throughout the years, she has produced over 75 commercials for broadcast and web, with a particular passion for documentary-style commercials for clients like Google, YouTube and Royal Purple Motor Oil. Since Stacy’s Mom, Jenna went on to line produce the Sundance Lab film, MOSQUITA Y MARI, as well as the foreign action film entitled 513 DEGREES..

Jimmy Greenway is the Emmy and Cannes award-winning Producer of documentaries ART & COPY and FREEDOM TO CHOOSE. He is currently Executive Producer at Enso, a creative impact agency based in Santa Monica, CA with the mission to create positive impact at scale through fearless creativity and collaborative action.

As the CEO/Chief Content Officer of Contend, Amato is known as an innovator in the world of marketing and entertainment. Amato, previously, was the President/CCO of Omelet, an award winning agency that he co-founded in 2004, and also formerly served as a Creative Leader at TBWA\Chiat\Day. He has worked with notable clients such as Bud Light, Microsoft, Tribune, Walmart, AT&T, PlayStation, Lexus, Facebook, Samsung and Harley-Davidson. An innovative storyteller and thought leader, Amato has consulted with the White House, is a frequent speaker and moderator at numerous conferences and is a writer and producer of original long and short form content.

Sean-Michael Smith is an Emmy award-winning producer and director, and he is the founder of Prohibition Films, a production company that creates scripted and documentary television series and feature films. He began his career contributing to feature scripts and dialogue coaching on the Cannes Palme d'Or winning film, Dancer In the Dark, and his independent film Pete Smalls Is Dead opened the Slamdance film festival. Smith is an alumnus of USC’s Cinematic Arts program. His work has also received awards & recognition from the Academy of Television and Sciences College Television Awards, Comic-Con, Sundance, Platinum PR Award, among others.

Entrepreneur, investor, and two-time NBA All-Star and record-holder, over a thirteen-year career, Baron Davis played for the Charlotte Hornets, the Golden State Warriors, the Los Angeles Clippers, the Cleveland Cavaliers, and the New York Knicks. Known for his electrifying style on the court, Davis was a powerful point guard, who won national acclaim for executing in crucial, high-pressure moments, when his team needed him the most.  As a businessman, Baron was one of the original investors for Vitaminwater and helped launch Thrive Market.

Baron is also the founder of several companies, including Sports and Lifestyle in Culture (SLIC), The Black Santa Company, Business Inside the Game (BIG) and No Label—each with the objective of combining creative talent with original publication and production to develop and provide educational and empowering stories that appeal to global audiences of all ages.

Baron also served as producer of several acclaimed documentaries including “Crips and Bloods: Made In America,” “30 for 30: Sole Man,” and “The Drew: No Excuse, Just Produce.”

Bryn Mooser is an Oscar nominated and Emmy winning filmmaker and Co-Founder/CEO of RYOT. Recently acquired by Oath/Verizon, RYOT is a next generation motion picture company specializing in documentary films and virtual and augmented reality. Mooser has overseen the production of more than 200 linear and immersive films created by RYOT and has been nominated for 7 Emmy awards, 2 Oscar nominations and a Peabody. Bryn was recently recognized as one of AdWeek’s 100 most creative people and a recipient of the prestigious Nelson Mandela Changemaker Award. Before starting RYOT, Bryn spent years as a humanitarian, serving 3 years in the Peace Corps in West Africa and working in Haiti, where he helped build the country's largest free secondary school in Port-au-Prince, which now educates 3,000 Haitian youth per year.

Lynda Weinman is a philanthropist, film producer, and former entrepreneur. Weinman is best known as co-founder of lynda.com, one of the earliest online learning companies. In 2015, Lynda was awarded an Honorary Doctorate for her contribution to the field of distance learning by Otis College of Art and Design. She has held faculty positions at ArtCenter College of Design, UCLA Extension, AFI, and San Francisco State Multimedia Studies. Weinman’s passions include film, design, women's issues, philanthropy for the arts, and inventing the future of learning. She currently serves as the President of the Santa Barbara International Film Festival, and actively invests in numerous independent films and documentaries.

Hayley Pappas is the Head of RYOT Films, the film and television development division of groundbreaking media brand RYOT. As Head of RYOT Films, Pappas runs all content and creative strategy – overseeing industry partnerships, content development, packaging and distribution, and all ancillary marketing campaigns. With RYOT, Pappas has produced a slate of critically acclaimed documentaries, including two Oscar-nominated shorts: Body Team 12 and Watani: My Homeland. Additionally, Pappas has produced over a dozen virtual reality films with partners such as NPR and the Associated Press. Pappas—whose work covers topics including sexual assault, solitary confinement and mass executions—has sold projects to HBO, MTV, Hulu and Apple, among many others, and premiered her work at prestigious festivals including Sundance, Tribeca, SXSW, and Hot Docs. This year, Pappas premiered two new RYOT projects at the Sundance Film Festival: feature documentary On Her Shoulders, produced by Pappas which took home the Directing Award for US Documentary and sold to Oscilloscope; and virtual reality film Dinner Party, co-produced by Pappas. Most recently, Pappas executive produced four more projects that premiered at Tribeca Film Festival this April -- feature documentary Satan & Adam, short documentary Everything Is Stories, AR project Terminal 3, and VR experience Vestige.

Matt Ippolito is the COO of RYOT, where he leads content acquisition and business, legal, finance and day-to-day operations. Matt has executive produced films with premieres at Sundance and negotiated the sale of industry-leading original content including three series with Hulu. Prior to RYOT, Matt was an investment professional at US Renewables Group (USRG), a $750M growth equity firm focused on sustainable technologies, where he pitched over $20M of equity investments, structured $20M of debt transactions, and negotiated the sale of four companies.

With a background in journalism and a passion for unique and organic storytelling, Chase moved to Los Angeles to attend USC's School of Cinematic Arts' prestigious MFA program. Since then, his talent and drive have helped facilitate several notable projects including the award­ winning Holocaust film, Wolves in the Woods, which premiered at over twenty festivals worldwide; Almost Kings, which won the 2009 Netflix FIND Your Voice Film competition; and Burn, an award ­winning documentary which premiered at over 300 theaters nationwide and won the audience award at the Tribeca Film Festival. Most recently, Chase edited the feature film High Voltage (Luke Wilson, David Arquette), which is set to release theatrically in 2018, and directed the series The Coroner, one of Investigation Discovery’s highest-rated true crime shows. In addition to successful features, Chase has worked on projects for TNT, NBC, and NFL television networks.

Wyatt Rogowski is a Los Angeles based film / television editor who specializes in both documentary and narrative. Getting his start in music & fashion docs, Wyatt went on to edit and co-produce his first feature documentary “Sweet Micky for President” winning both the Grand Jury Prize & Audience Award at Slamdance Film Festival as well as being purchased by Showtime. Since then Wyatt has work in television, editing docu-series for National Geographic and History Channel as well as jumping into narrative television with series such as “The American West” (AMC) and “An American Playboy” (AMAZON). Beyond editing, Wyatt enjoys shooting for various side projects, joining a friendly writing roundtable or being goofy in the occasional acting class.

Corey Allen Jackson is a renowned film and television composer. He developed his craft through classical training as a composer at Paris’ distinguished La Schola Cantorum and has degrees in music from the University of Oklahoma. He won the best indie film score award in 2017 for his score on Chuck, the highly acclaimed Chuck Wepner biopic, starring Liev Schreiber, Naomi Watts, Elizabeth Moss, and Ron Perlman.

He has also recently scored The Painted Woman and Fox Digital Studios / Netflix mind-bending science fiction pilot, Parallels, which was nominated for Best Score at the Hollywood Music and Media Awards (HMMA) in 2014.